Energy For The Whole Day
Your cart: 0 Items - $0.00
Close
Login
You can login using your social profile
[wordpress_social_login]

The benefits of dates

Dates Benefits Dates contain many important nutrients and nutrients, which provide great health benefits to the human body. Here are some of these benefits Helps get a healthy weight: dates are rich in dietary fiber that helps to The elimination of cholesterol, in addition to contain very low proportions of fat, which helps to lose weight, and keep it within normal limits. Helps to alleviate the digestive system problems: for the freshness and ease of digestion of dates, in addition to containing soluble and insoluble fibers, and also contains different types of amino acids. Keeps the health of the heart: Dates are a good source of potassium, in addition to being low content of sodium, which contributes to the maintenance of heart health and nervous system. Reduces constipation: Dates are considered to be laxative, a healthy food that can prevent chronic constipation by taking dates all night in water and then being taken with water. Helps prevent anemia: This is due to the high iron content in dates, which makes it useful for those who suffer from anemia; it promotes iron levels in their blood. Increases energy levels: dates contain natural sugars such as glucose, sucrose, and fructose, which help to raise the level of energy in the body. Helps to relieve allergies: Organic sulfur helps reduce seasonal allergies and allergies in general. Strengthens bone strength: dates contain selenium, manganese, copper and magnesium, which are important nutrients to maintain bone health and strength. Preserves maternal and child health in pregnancy: In addition to the iron content of dates, which helps prevent mother and child from anemia, it reduces the incidence of many problems, such as bulging, intestinal pain, intestinal disorders that occur in women during pregnancy , It improves the muscles of the uterus, and facilitates the exit of the fetus during childbirth, in addition to it helps to prevent bleeding immediately after birth. Helps improve brain health: One animal study found that mice fed on dates mixed food had a better memory and ability to learn than those who did not eat dates, and laboratory studies found that dates were useful in reducing signs of inflammation Such as interleukin 6 in the brain; higher levels are associated with higher risk of degenerative neurological diseases such as Alzheimer’s, and may limit the activity of beta-amyloid proteins (eg, Amyloid beta) Which can form plaques in the brain; the accumulation of which may impede communication between the brain cells, which can eventually lead to death of brain cells and Alzheimer’s disease. It helps to control blood sugar. Dates are characterized by low glycemic index, good dietary fiber, and antioxidants, so they help control blood sugar levels in people who have diabetes. Suffering from diabetes. 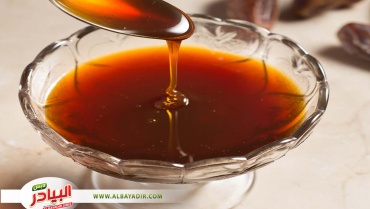 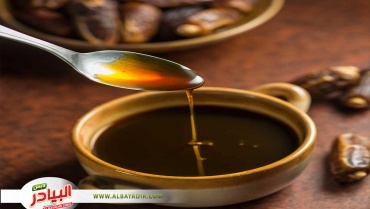 Benefits of date molasses for the skin 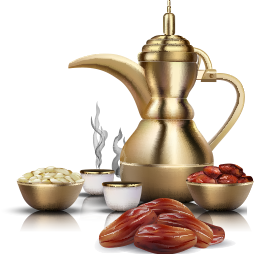